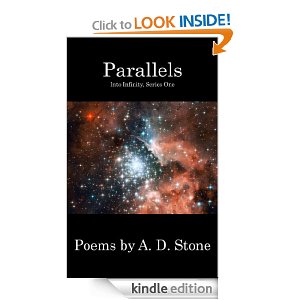 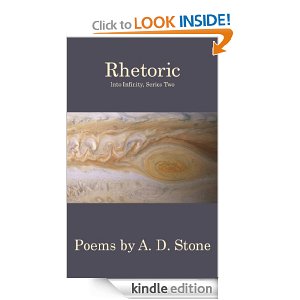 The first two are many poems from this blog that people have not seen because I was the “shy” blogger for a very long time.

I have taken them, rewrote several of them, as well as added ones that I have not shared before, or wrote while editing the books.

The series is titled “Into Infinity” each book is catagorized and filled with poems that are my heart for certain topics. The first two share my love of science, numbers, words, and “love-hate” for punctuation.

The books to follow will be about emotions dealing with love, heartbreak, society, and other interests I have such as myths and fairy tales. I do have and will have new poems, possibly some short stories as well in these.

I am looking forward to learning more about the self-publishing process, as well as pushing myself to get better with each venture. As I went through my past poems, I did change several of them, but there were also some that I did not edit.

My reasoning stems from something I read about the poet John Keats. Here is an excerpt. “Keats when he became a published poet collected every scrap of paper containing his earlier poems and burnt them as he considered them to be awful.” I read it here Keats’ Kingdom.

I too have destroyed many of my pieces in the past because I felt that they were awful. I decided that I would not do that ever again after reading about Keats. I want to look back at my work to remember where I was. I want to see the progression, I can still use them as a base and change them if I like later, but it is a good thing for me to reflect on what I thought was “awful.”

Besides, some people may connect to those pieces, and that could inspire me in other ways. I would love to hear from you, gain support through various means. I am happy with “likes,” comments, purchases, or even just a smily face! Feel free to tell me your thoughts, or suggestions. I would love feedback!